Nelda Buss was diagnosed with ALS in January 1985 at the age of 43. She wrote a book about her experience called “Can You Walk Yet” available on Amazon (see below).

Her ALS progression was fast-moving. Not long after her diagnosis her son and daughter-in-law moved home full time to help care for her. By November 1985, Nelda was unable to move from the neck down on her own.

In her first 11 months of ALS progression, Nelda tried a number of alternative therapies including B12 shots, diet changes, vitamins and copious amounts of carrot juice (the latter did not help). Members of their church prayed for her. Nothing seemed to slow her progression. Nelda 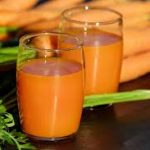 was typing one letter at a time on her keyboard with a pencil in her mouth.

In late 1985, a friend dropped off a magazine that had an article about psychic healing. The article referred to two healers. Soon after, they went to visit one healer in Baltimore at a church prayer service only to find that the healer had died. The other healer was in New York city, ten hours away by car. 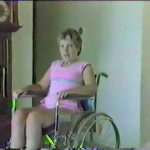 Nelda called and set up an appointment with the second healer for an upcoming weekend. The healer’s wife explained energy healing and sent her husband’s biography. On the way to that first appointment, Nelda wondered if they were on a wild goose chase. There was no guarantee of success, the trip was long and the treatments were relatively expensive.

Nelda was determined to give it a try. She needed both her husband and son on the six hour trip. One drove and the other moved her periodically in the back seat so the drive 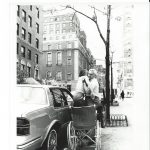 was bearable. Her husband had to leave work early on Friday to make the Saturday appointment. 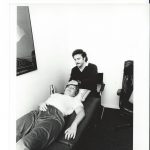 The first trip to New York consisted of three treatments over Saturday and Sunday. After the treatments, Nelda felt an improvement in her ability to cough. They made an appointment to return in two weeks for a series of four appointments over the weekend. The healer also gave Nelda meditation and visualization exercises to do at home, morning and evening.

In spite of lots of negative feedback from many of her friends about what she was doing, Nelda’s family supported her. 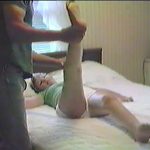 During this time she also had sleep issues trying to be comfortable with her bony frame. She needed to be turned about every 2 hours during the night, or the pain was unbearable, with little fat or muscle to protect her bones. Fortunately her husband was able to go back to sleep and still work the next day. Along with Nelda’s twice daily meditation, her son or daughter-in-law also did exercises with her every day.

During the next months Nelda continued to work with the 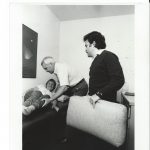 healer, enduring the discomfort of the drives. She had hope and felt that she was getting better. Accompanied by family members to assist her, she traveled to New York approximately every two weeks. Most of the time Nelda’s sister and her husband from nearby Pennsylvania would drive into New York City with them. Still, the cost of the healer, gas, food and lodging, ate into their savings. 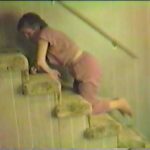 As Nelda improved, trips to New York became easier. Her 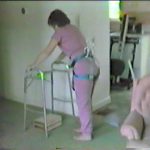 son could drive her without her husband missing work and their Pennsylvania relatives were also able to assist.

In May 1987 Nelda was able to walk supporting her own weight. She had a walking party and over 200 friends and family attended. 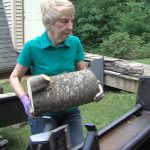 Nelda continued exercising, visualizing and meditating. By mid-1988 she was back to her pre-ALS self.

When we interviewed her in 2016, Nelda was lifting logs and working in her garden. In 2017 Nelda published a book, called “Can You Walk Yet”? 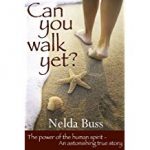 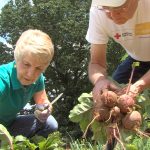 Today Nelda enjoys spending time with her husband, friends, children and grandchildren. She loves cooking and working
around the house, grateful that after experimenting with many treatments that did not help her, she took a chance on an unproven treatment over thirty years ago.

6 thoughts on “Nelda, over 30 years after ALS diagnosis”