Evy McDonald was only 29 years old with a busy career as a health professional in nursing when she was diagnosed with ALS. It was September of 1980. Her neurologist gave her only one year to live.

Her symptoms had started the previous April. She started tripping and falling. At the same time she started having trouble holding IV bottles and medicine vials at work. When Evy’s 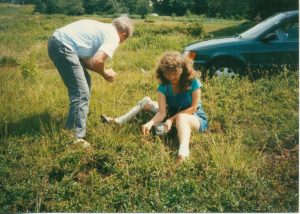 symptoms happened more frequently, she made an appointment with a neurologist, who, in turn suggested she go to a neurologist in Houston. There, after many tests including a muscle biopsy, the ALS diagnosis was delivered and Evy was told there was no hope.

Evy’s first reaction was denial and she returned to work. Within a couple of months, however, she did not have the strength to continue. Around the same time, a minister at her church, upon hearing of her diagnosis, offered to let her move in with him, his wife and their two sons. The couple wanted to minister to the “dying” and Evy would not be able to care for herself much longer.

On the outside, Evy was cheerful at first, but inside she was confused, angry and upset. She did not want to acknowledge her feelings. Within months, Evy was confined to a wheelchair and isolated herself more and more from friends and family members. She did not want visitors and only spoke when necessary. She needed assistance dressing, showering, and with the basics of life. Spending most of her time alone, Evy analyzed the dying process, and gathered data on how much physical ability she was losing.

Then one day something happened. Some friends “kidnapped” Evy and literally carried her, angry and fuming, to their car, to drive to a lookout on the edge of town for a picnic and to watch the sunset. They all ended up having a wonderful time, enjoying food, wine, conversation, laughter and a breathtaking sunset. Evy felt alive for the first time in months.

The next day, Evy woke up with joy in her heart. She realized that she had been focusing on and was obsessed with dying ever since her diagnosis, instead of focusing on living each day. She thought a lot about how she wanted to live the rest of her life, she read as much as she could, and then she came to a conclusion: In the few months she had left, Evy wanted her life to count, to make a difference. She made a decision to live, the best way she could, to freely give and receive love, to be of service to others, to let go of the anger she had been carrying around for years and instead practice total forgiveness. 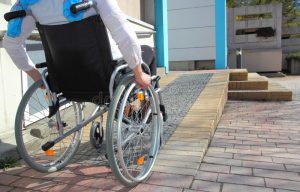 When Evy attempted to put into practice what she had decided to do, it was not as easy as she might have anticipated. Evy realized she did not love herself, inside or outside, so how could she possibly give love to others? It was difficult, but she experimented with ways to do this and she finally succeeded.

Forgiveness was a real challenge too. How could she possibly forgive those who had damaged her life, her self-esteem, and more? She realized that she had been carrying around suppressed anger inside herself for years, dating back to her childhood. Here she used the bible and Jesus’ example. It was a process and did not come easily, but as she forgave others she also forgave herself, and was able to accept Jesus’ forgiveness. 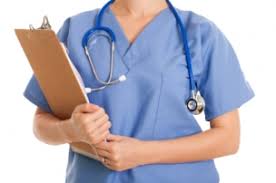 Evy, in her self-analysis, also realized some hard truths about herself. As a nurse, in the service profession, she was always giving to others. Yet she realized that she had always expected something in return, such as recognition for her service, appreciation or a favor. She had never truly “given” without expectation of anything in return and she decided to change that. From her wheelchair Evy was still able to speak, so she contacted a non-profit and started making phone calls on their behalf. She found that this simple act, without any expectation of getting anything back, changed her life and she felt worthwhile again.

Evy did not expect a cure, she just wanted to live the highest quality of life possible for herself and those around her. Slowly her attitude shifted, she became happier and both the quality and quantity of her interactions with friends and family increased.

As part of her determination to live the best life possible, Evy knew she had to care for her 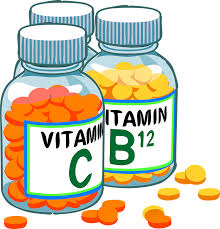 body as well as her mind. Evy’s caregiver, Meg, the pastor’s wife, made sure she only got nutritious food, high in healthy protein, no sugar and minimal grains. Meg created delicious meals that gave Evy’s body more energy. In addition, she took vitamins that made sense to her: 3000mg of Vitamin C, Vitamin D3, Vitamin B complex and amino acids. Evy also had her amalgam dental fillings removed. It seemed sensible not to keep any type of poison in her body.

After months of introspection, reading and doing the above exercises, Evy eventually summed up what she learned: “I no longer demanded that life be the way I wanted it and embraced life as it was.”

Eventually, through trial and error, persistence and determination, Evy learned to love and forgive herself and others. She let go of resentments, and embraced whatever life situation she was in at that moment, instead of hoping that life would be different. She kept reading and reflecting, and as a result, got ideas to assist her in this process. From her wheelchair, Evy celebrated life and lived every precious moment.

Remember, at this point Evy did not focus on a cure for her ALS. She focused on wholeness, healing everything she felt was broken within herself, and seeing herself as whole and beautiful.

While doing “her part” by being as healthy and happy as she possibly could in body and mind, at the same time she completely surrendered her future to God. She focused on living the best she could each day no matter what and no longer concerned herself with dying. 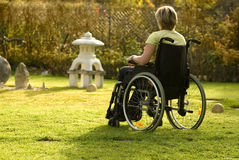 As a result, Evy’s everyday thinking changed profoundly. As she radically changed her view of herself and the world, Evy radically changed as a person, even though physically, as she put it, she was still “a bowl of jello in a wheelchair“.

Remember, Evy fully believed she would die. She planned her funeral complete with the music and readings she wanted. She did not intend to heal, only to live the best life she could.

Then, surprisingly Evy’s ALS symptoms began to slowly reverse. Over a period of months, her body gradually regained strength. Instead of losing functionality, her body gained it. After about six months, she had the strength to get out of her wheelchair and stand. Then, after more time she was able to walk again. After about a year, she was back to normal physical function.

Why did Evy’s ALS symptoms reverse?  Why did Evy heal when others, who seemingly did similar things, did not? 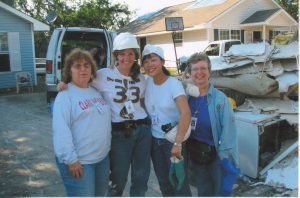 Evy is now in her 60’s. She lives a full life. Her ALS symptoms have been gone for over 35 years and have not returned. Looking back on the “why”, “Why did she heal?”, Evy
says that she knows, without a doubt, that had she not changed her thinking, she would have died long ago. She does not know how much 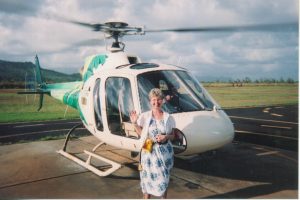 of a role a good diet, supplements and removing her amalgam fillings played in her ALS reversal, but she does know the substantial role her “change in thinking” played.

About three years after her ALS reversal, Evy went to visit the neurologist who diagnosed
her. He was very surprised to find out that she was still alive. They went to lunch and spoke for hours, and he noted that she was a completely different person than the “hard-edged” woman who had walked into his office for a diagnosis. They became friends, and co-presented at an ALS conference the next year. This eventually led Evy to be the lead 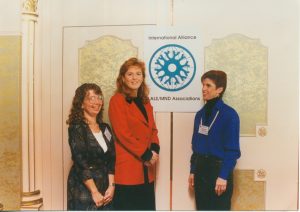 investigator on the “ALS Patient Profile Project” which followed 144 PALS and their primary caregivers for 18 months. Their results were published in a peer-reviewed article in the Archives of Neurology in 1994. That led to being invited to speak at other ALS conferences, including one in London where she met the Duchess of York.

Evy eventually became a Methodist minister and did full time ministry for many years. 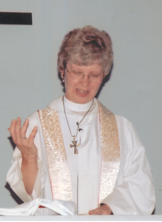 Today, forgiveness, giving and receiving love, and living each day to the fullest and with joy, are all still a part of Evy’s ongoing life journey. Evy is proof that ALS can be reversed, and also proof that the mind can play a significant role in healing. Evy knows that her journey is not unique and that others too can heal ALS and other ailments.

In 400 BC Socrates said, “There is no disease of the body apart from the mind.” For more modern scientific theory and evidence of the mind’s role in healing check out books and YouTube videos by Bruce Lipton, Larry Dossey, Gregg Braden, Dolores Cannon, and others.

Some more details of Evy’s journey to healing ALS are at: https://ahha.org/selfhelp-articles/another-perspective-of-als/

5 thoughts on “Despite Evy McDonald’s 1980 ALS diagnosis, she lives a normal life”