Anthony William has had a number of clients diagnosed with ALS who have successfully reversed their ALS. Although we have not yet met with any of these clients, we believe him and our reasons are in this blog. First, listen to some of what Anthony has to say about ALS:

Anthony William has written a number of books. His first book I read a couple of years ago called Medical Medium. The first time I read it I questioned, “Really? ‘Spirit of the Most 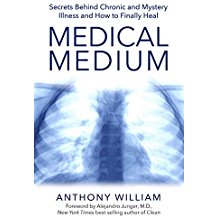 High’, sent by God, is this guy serious?” Then I said to myself, well, let me be open, I will read what he has to say. I care about results, not preconceived beliefs.

First point of credibility: What Anthony William had to say in his book made sense and at least 80 percent agreed with what I had heard elsewhere from functional medical doctors, naturopaths and PhD’s. On top of that much of what he said rang true, both from a common sense and an intuitive perspective. 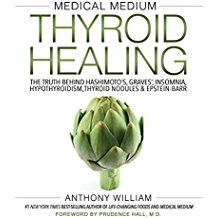 Then I read Anthony William’s second book, Thyroid Healing. Since I personally have many hypothyroid symptoms I was interested. After following a paleo diet for years for a neurological issue and being happy with the results, I was unsure of this new path, but read on for Sally’s story.

Second point of credibility: Sally is a friend from high school, who was diagnosed with multiple sclerosis (MS) in 2007. What do MS and ALS have in common?

I wanted to hear how Sally’s MS did on Anthony William’s protocol, but first here are some more details of Sally’s history:

Sally’s results from the Thyroid Healing protocol, both diet and supplements: 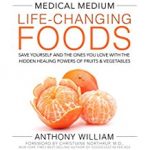 Fourth point of credibility. Another friend, Chris, had significant neurological and muscular symptoms including severe headaches, cognitive impairment, anxiety, severe nerve pain throughout his body, muscle cramping and muscle weakness. Lab tests showed Lyme disease in addition to babecia, bartonella, mycoplasma and a few other co-infections. He consulted many doctors, both traditional and holistic, with no relief. Chris’ symptoms were so severe he could no longer work and was dependent on pain medication to get through the day.

About five years ago, when Anthony William was still practicing, Chris consulted with him. Anthony has helped him back to health. Chris is now able to work again, can snowboard again for short periods, and has most of his function back. He is working his way back to being 100 percent. The more severe the symptoms, the longer it will take to heal.

We see the potential in this approach and wanted to share with our readers the possible  value of trying Anthony William’s protocol:

As we have seen with the many ALS reversals we have examined, there is more than one way to reverse ALS. Anthony Williams ALS protocol combined with his Thyroid Healing protocol seems to be a promising approach. Certainly, his books are worth reading. His fourth book, Liver Rescue, is coming out this fall will also be an important one since good liver function is so important for ALS recovery.

We are journalists, not medical professionals. The information we share is for educational purposes and should not be treated as medical advice.