A few people have questioned Alejandro’s validity. Please see our Healing ALS Team reply in the comment section below. Another note is that Alejandra consumes sugar (trehalose, honey) because he runs marathons. Most PALS do not do well with sugar.

Alejandro Bianchetti, from Argentina, was diagnosed with ALS in January of 2016 at age 54.  He did a lot of research on how he could possibly reverse it. He experimented with 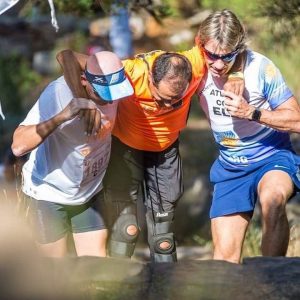 different supplements. He found he felt better after running and ran two half-marathons. He studied the Krebs cycle and felt that glucose would be key in the process of reversing ALS. Those with ALS appeared to be wasting away and he tried to figure out why.

Alejandro also read a lot about the power of the mind. Hie could see the results of his thinking on his physical condition.

Despite off of this he continued to get worse.

By February 2018 Alejandro could not swallow, had difficulty breathing and could barely 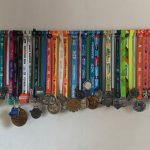 move. He needed assistance with all the basics of daily living.

He entered the hospital on February 23, 2018 and on March 3 the doctors told him that if he was going to survive he would need a tracheostomy and a feeding tube.

He made up his mind at that moment that he would heal from ALS. He had been meditating and training his mind since he was diagnosed but he did much more of it while in the hospital.

Here is is the book that Alejandro used to help him get his breathing back while in the hospital: 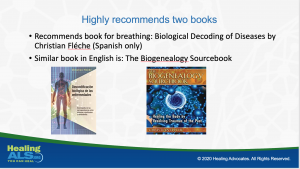 He arranged to get IV fluids at home and added supplements, like Co10. He arranged for 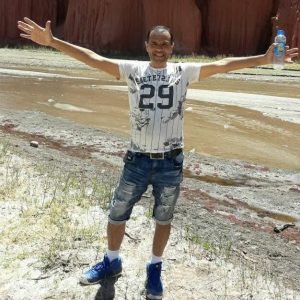 injections of glutathione and thiamine pyrophosphate.

Today Alejandro has completed five marathons, many half-marathons and countless other 5K and 10K races.

How did Alejandro go from needing a tracheostomy and feeding tube and barely moving to being able to run marathons today?

Below is the video recording of the details of what Alejandro did to heal followed by a Q&A. After the video are links to Alejandro’s full protocol.

Here is the link to Alejandro’s protocol in English: https://docs.google.com/document/d/1u_AdDEznRtwGFQsCnytLlJdiNaC3OqMYL32m51MQHvo/edit?usp=sharing

Here is the link to Alejandro’s protocol in Spanish: https://docs.google.com/document/d/1n70X2AXcuihgD1kfJmuqAQcT_-9xKGWX11c6YwGVgLo/edit?usp=sharing 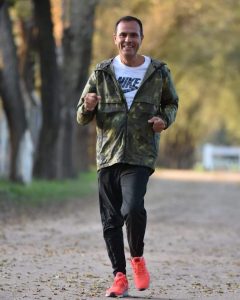 Above is Alejandro’s physical protocol yet he says his mental protocol is just as important if not more important. If he is under stress he loses functionality immediately, reversing hard-won gains. He is careful to think of everything even negative things in a positive light because he has learned that it is a combination of his thinking and his physical protocol that is helping him heal.

Today Alejandro is dedicated to sharing his story and helping others find solutions to ALS. Others have used his protocol and it is helping them. ALS researchers are studying what he has done to heal.